We were asked by Bournemouth Borough Council to produce a document for their 2020 strategy, to showcase how they would be tackling climate change in the area. 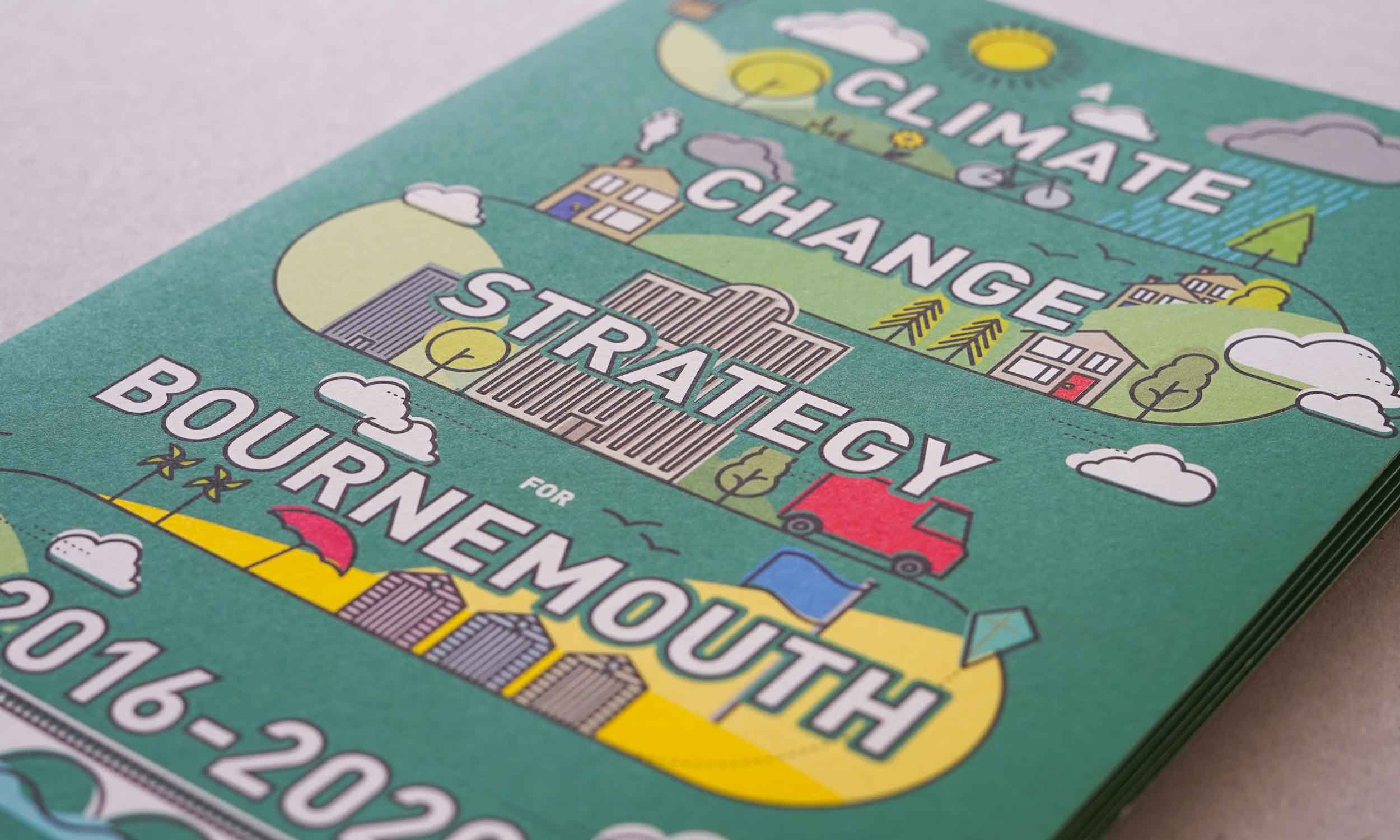 Bournemouth Council wanted a document that felt a little less official than a standard council publication. They were humble enough to be aware of how their perception may impact on what they were trying to achieve. It was decided to have the council to appear in a minimal supporting role, to give credibility, but not to appear pushy.

Our first role in the brief was to take the corporate language supplied and make it more accessible to a wider audience. Then, still armed with a vast amount of information to convey, it needed to be presented in an entertaining, engaging and easy to digest manner.

We developed an illustration style that incorporated local, recognisable landmarks to create a message specific to Bournemouth and the surrounding area. 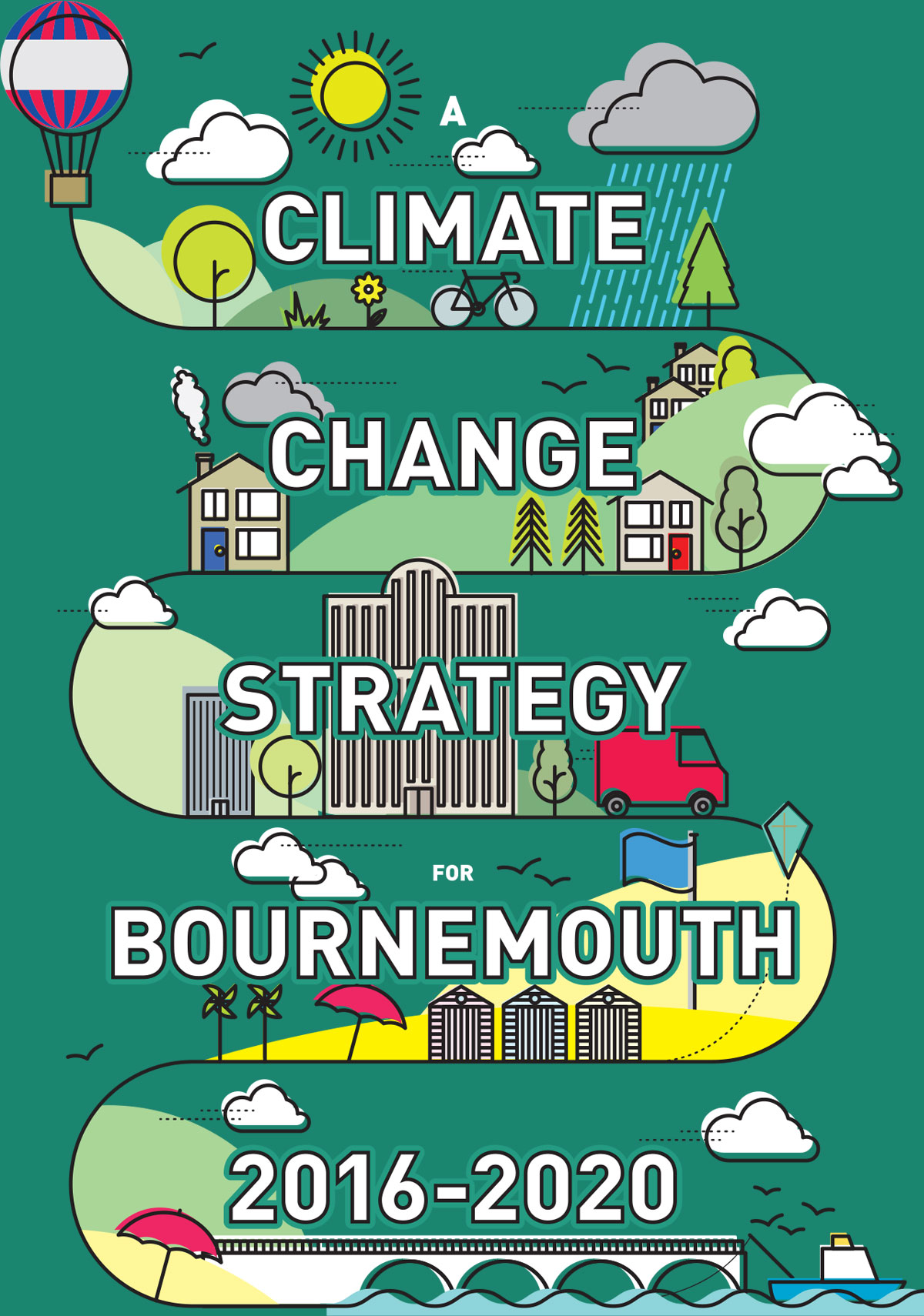 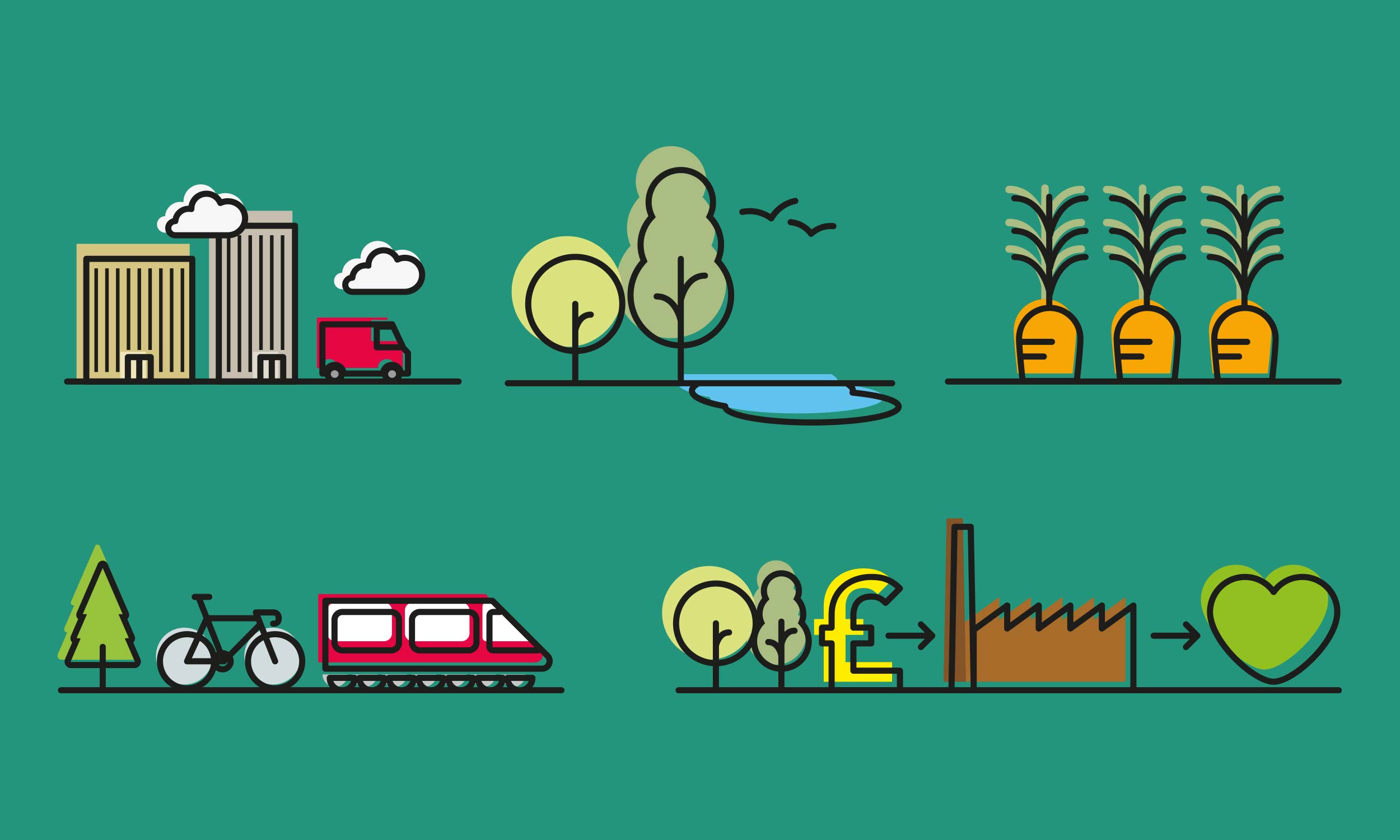 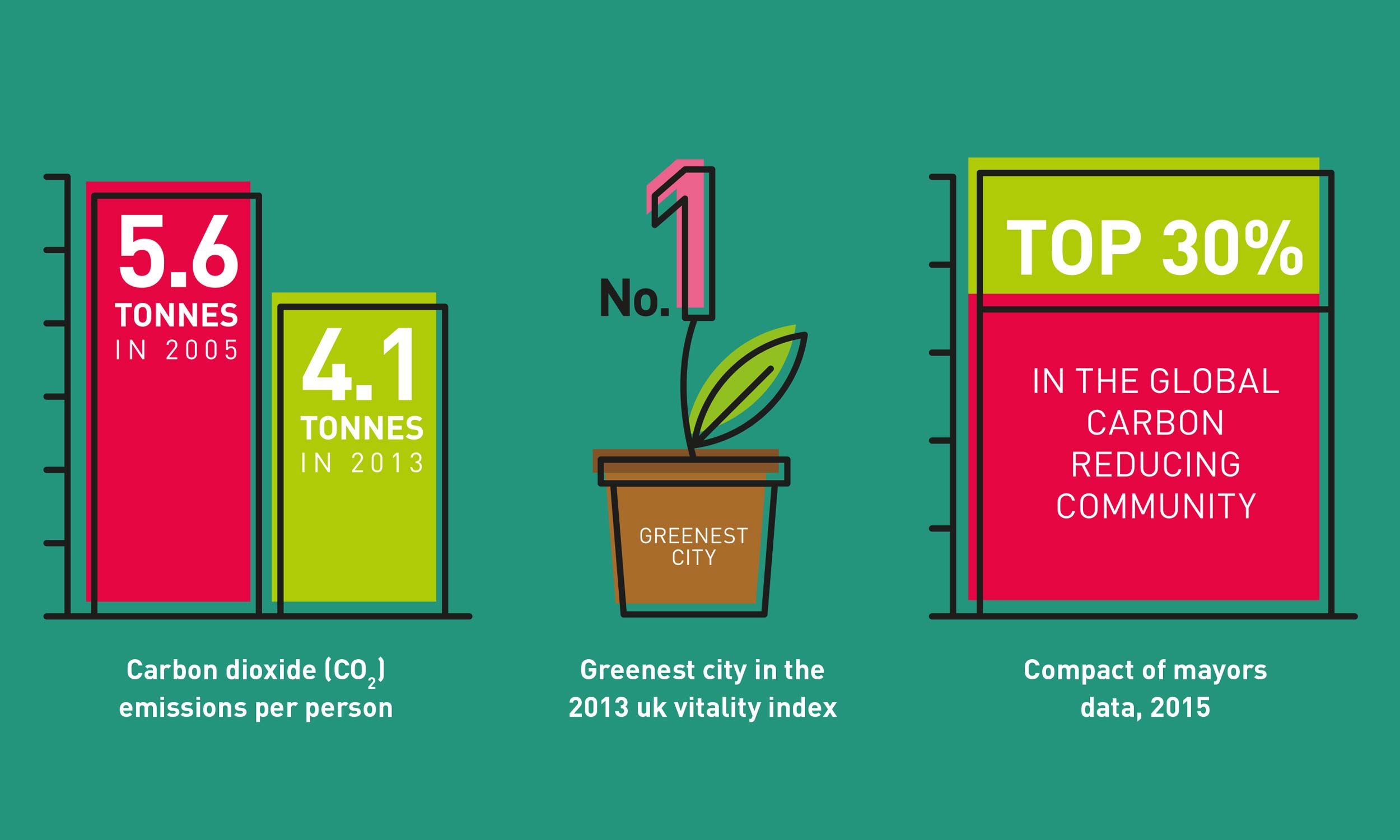 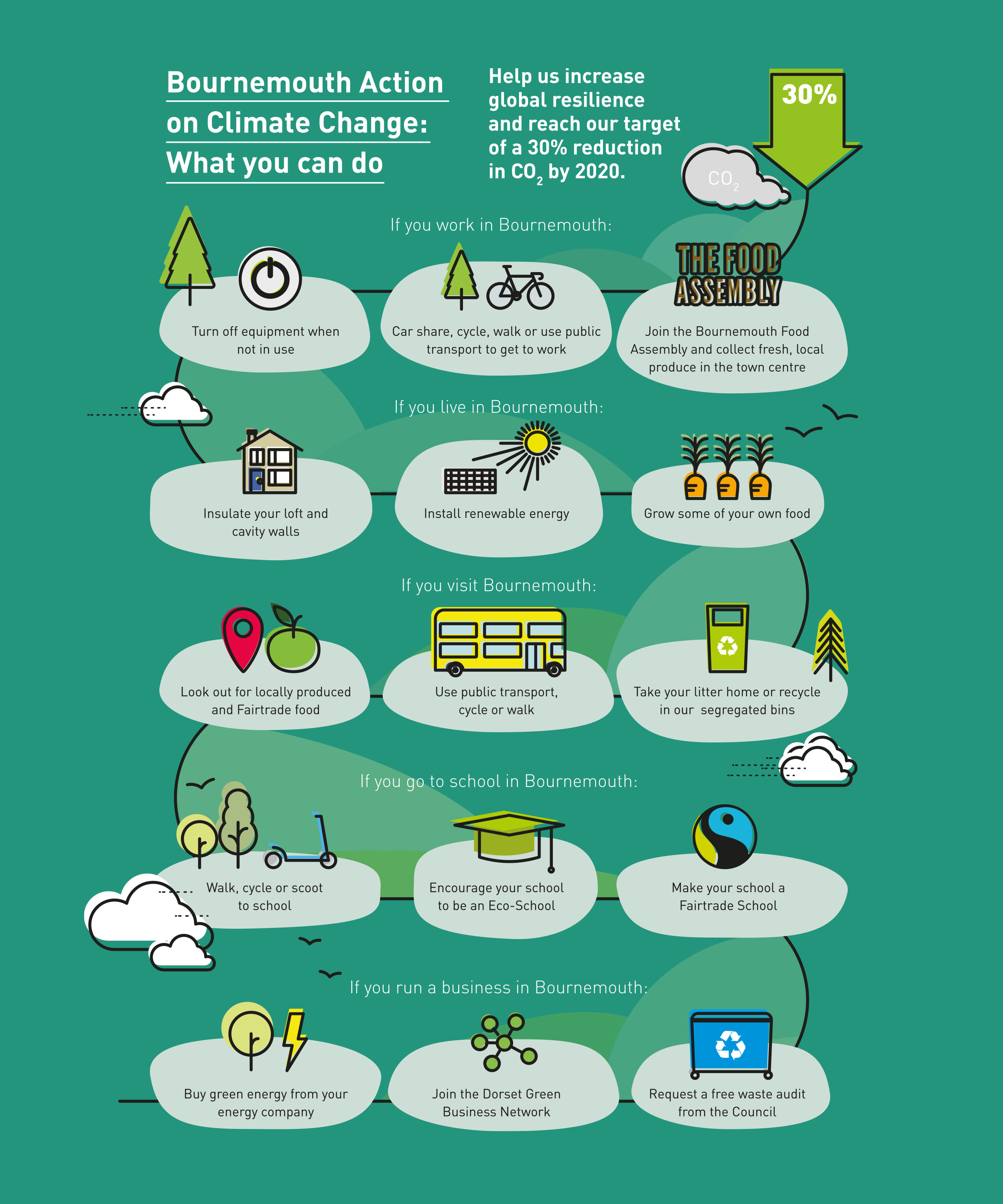 We were able to offer help and advice when sourcing materials on which to print, that backed up the message they were promoting. Cyclus Offset is a 100% recycled paper and is FSC Recycled certified. It has also been awarded the Nordic Swan, EU Flower and Blue Angel certifications. Plus, it has a lovely soft and lightly speckled finish, so it felt like the perfect choice. 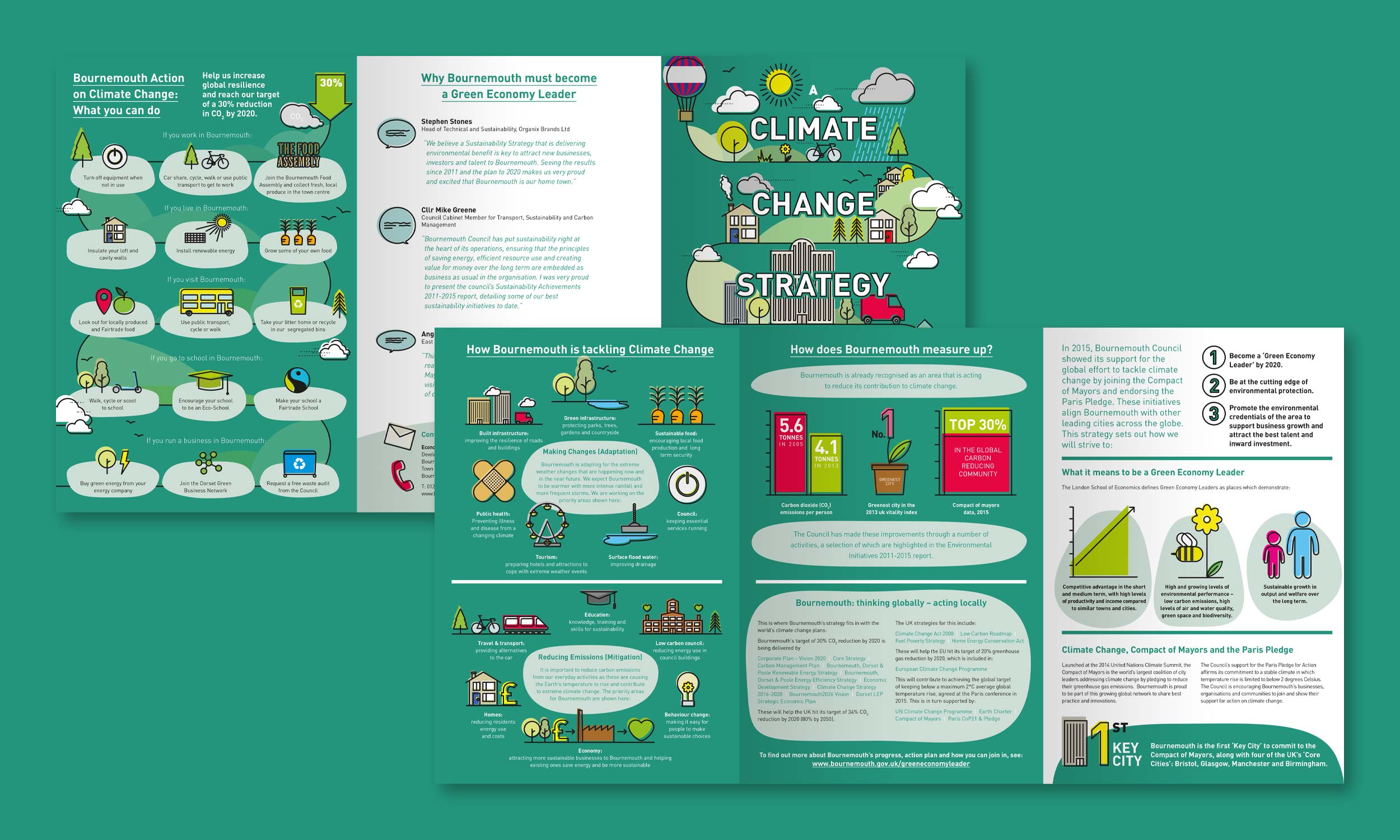